On the past Saturday Raggplatz in Hall was filled with rugby enthusiasts, both players and viewers when the Women’s 7s tournament arrived to Innsbruck. Alltogether 9 teams showed up for the game day, those were then devided to three pools.

The official tournament report by WRCI is already online on Rugby Austria homepage, you can have a read here (in German).

The day was all in all very exciting. WRCI won their pool and that lead them to fight for the top 3 places against Donau A and B. Unfortunately this time both Vienna teams turned out to be stronger and at the end of the day WRCI got to celebrate the 3rd place in the home tournament. What was even more impressing was, that WRCI had a full team of 12 players and still had 6 extra girls that were divided to support two barbarian teams, this family is growing!

The evening continued in the official after party in the Galway Bay Irish Pub. It was great that so many stayed in Innsbruck for that event as well, we had amazing time!

WRCI would like to warmly thank everyone who attended and helped out with the tournament on the day and before! Thanks to all teams, referees, helping hands from RCI, volunteers in the bar as well as all spectators who came to support us! Thanks to Galway Bay for the party location and once again thank you Johann Trojer for these awesome photos: 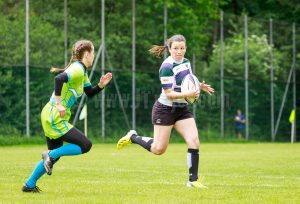 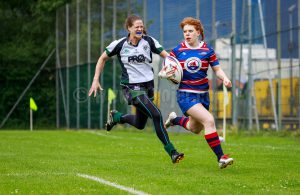 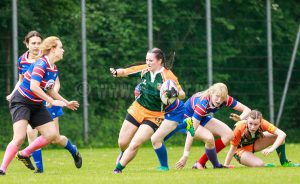 The finals will be played in two weeks on 03.06.2017 in Linz. We’ll be there and will give our all in the last tournament of the season!