Here follows a short update from the WRCI girls before the upcoming spring season 2016/17 truly starts with the tournaments.

In the beginning of March we moved outside to train and even though the weather in Tyrol can be quite shifty that had absolutely no effect on the level of motivation. In the beginning of February we had a season meeting where some team and personal goals were set. When the season start draws closer many are putting in more and more effort to find some time for extra sessions to work on their skills. WRCI girls are doing their everything to be ready for the first tournament this upcoming weekend, that’s for sure!

Our team has been growing during the past couple of seasons and we’re planning to pull this season through without having to borrow any players in tournaments. On WRCI Instagram page we’ll be introducing the whole team during this spring. Go check out which girls have already been introduced and follow us to get to know the whole team: @womens_rugby_club_Innsbruck

We also had a team photo shoot last weekend with our trusted photographer Johann Trojer and had 15 girls attending! Some of the girls couldn’t make it so that means our numbers are close to 20 at the moment, amazing!. Here is one of the master pieces from the weekend, thank you Jo for the session! 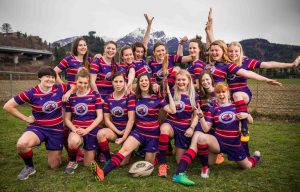 For WRCI the spring season 2016/17 includes 4 Bundesliga tournaments and one invitational tournament weekend. We aim to give everyone enough time on the field and learn to play together as a team. We can create so many different line-up variations with this team, let’s see what we come up with. The schedule for the season is following:

The most exciting event for us will of course be our home tournament on 20.05.2017. The location is still to be announced but we’re already hyped to play in front of the home crowd, our friends, families and local rugby enthusiasts. As always we’ll organize an after party and hope that all other teams can stay celebrating the tournament day with us. The preparations have already started and we’re doing our everything to make this a great event for everyone who’s attending!

We are so excited about this spring and challenge everyone, even a bit interested in rugby, to join us this season. There are so many ways to do that: train and play with us, come and watch some Austrian 7’s rugby, follow us on social media on Instagram or Facebook. Any kind of support is highly appreciated. See you on the rugby field!